Come Play With Me 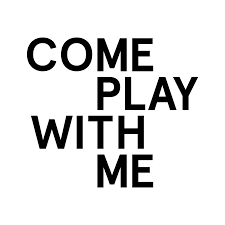 Come Play With Me (CPWM) is a social enterprise, magazine, label and artist development company, offering support to emerging musicians in Leeds. Their main focus is on LGTBQ+, women in music and people of marginalized genders.

We’re working with CPWM to deliver live shows, music industry training programmes, workshops and networking opportunities with and for the queer community, both on and off stage, in different areas of the UK.

On 16th April 2022, we worked with CPWM to deliver ‘I Know A Place’ – an all day event featuring talks, workshops and performances for Women and people of marginalized genders in music, at Belgrave Music Hall in Leeds, with Steeling Sheep as the headline artist.

On 21st May, we came together again to deliver a showcase of northern LGBTQ musical talent at Venn Street Social in Huddersfield. The event was titled ‘40 years later…’ – a nod to the UK’s first LGBTQ march in the area.

For this event, we brought together CPWM and Raze Collective, a London-based charity established to support, develop and nurture queer performance in the UK. Raze Collective supported CPWM with the programming, helping to secure the artists, providing new performance opportunities for LGBTQ performers outside of London. Artists included King Violet, Straight Girl, Detweiler, Hannah Philips and Ding Frisby. Amongst the attendees, 40% identified as LGBTQ+, 80% female and 80% working-class.